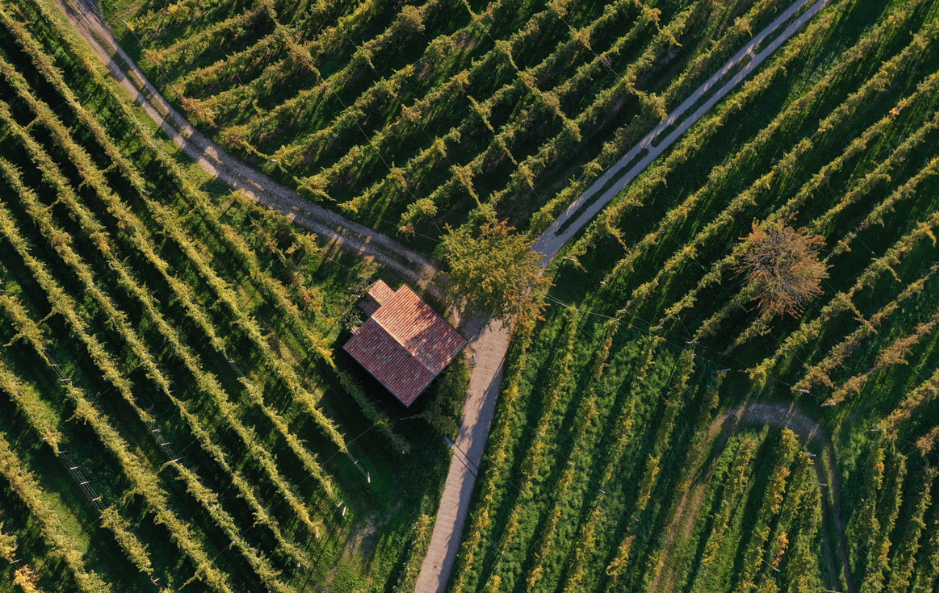 The Prosecco Road is one of the oldest Italian wine roads and was inaugurated in 1966. It presents a route with a strong food and wine vocation that extends for about 90 km among the beautiful hills of Conegliano Valdobbiadene.

The starting point is Conegliano, the most populous center of the area, to then arrive in Valdobbiadene, the heart of the production of Prosecco Superiore DOCG.

This road is famous because it presents various initiatives related to the territory, but above all for the splendid panorama encountered during the route, which can be explored by car, motorbike but also on foot or bicycle.

The itinerary begins in the town of Conegliano, which houses the Cerletti Institute, the oldest Oenological School in Italy, founded in 1876. We then continue towards the enchanting village of Collalbrigo, which offers characteristic views surrounded by vineyards and small wooded spots. Continuing, you arrive at San Pietro di Feletto to admire the splendid Pieve of the twelfth century. Once in Refrontolo, a small village famous for its typical dessert wine, the passito DOCG, we continue the route to Solighetto, where there is Villa Brandolini, the Consortium for the Protection headquarters of Prosecco Conegliano Valdobbiadene DOCG Wine.

After Farra di Soligo, famous for the medieval towers of Credazzo, you arrive at Col San Martino, a historic village where the church of San Virgilio stands out. Once in Colbertaldo, you enter the heart of the Prosecco Hills, and there opens a panorama enriched by small hilly cones that will be pure well-being for the eyes. Heading north, you reach the most significant area of Prosecco Superiore DOCG and the highest quality of the DOCG Denomination: the Cartizze area, a hill of only 107 hectares from which the famous sparkling wine takes its name. Once in Santo Stefano, in front of the hills of Prosecco Superiore DOCG, the vineyards alternate with ancient chestnut woods.

Passing San Pietro di Barbozza, you finally arrive at the end of the outward journey, in the pretty town of Valdobbiadene, an internationally renowned wine center, where a stop to appreciate the historic center and a visit to the cellars is a must.

The territory revolves around the fervent winemaking activity and the food and wine tradition. It is a favorite destination for tourists and wine lovers who appreciate the taste and good drinking. In addition to our cellar, there are many others located throughout the territory, that offer guided tours and tastings.

In 2003 an association was formed, heir to the Prosecco Road that bears the same name: “Strada del Prosecco e Vini dei Colli Conegliano Valdobbiadene” to which the cellars, located in this territory, can be aggregated. Becoming a member of this association, therefore, means being able to participate in the various events proposed by the same, for the protection and enhancement of the territory. Our winery has been a member of the Strada since its inception and like us, there are many others that offer guided tours and tastings, as well as participate in the activities of the extensive annual calendar.

But food and wine isn’t the only attraction of this area: the Hills of Conegliano Valdobbiadene, in fact, for their scenic beauty, in 2019 was declared a UNESCO World Heritage Site. Even nature lovers will find this route stimulating in particular, those traveling on foot or by bike will find dozens of paths and itineraries that wind through woods and vineyards, up to natural pearls such as the Revine Lakes, reachable with a small detour at the height of Tarzo. These two lakes of glacial origin offer areas for relaxation and beautiful walks within everyone’s reach. You can also reach Monte Cesen, a small massif that overlooks the Prosecco Superiore Hills and reaches 1570 meters in height. From the top of this mountain bare of trees, dedicated for centuries to pastoralism and the production of excellent local cheeses, the gaze opens on the whole of Veneto, from the Belluno Dolomites to the plain. 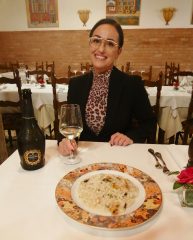 RECIPE OF THE MONTH: RISOTTO WITH SEAFOOD 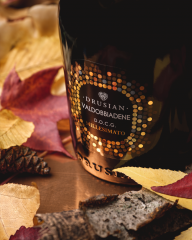 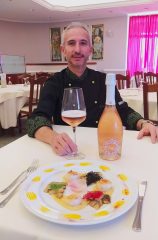 RECIPE OF THE MONTH: GOLDEN SCALLOPS AND SAUTÉED PORCINI MUSHROOMS WITH POLENTA CREAM